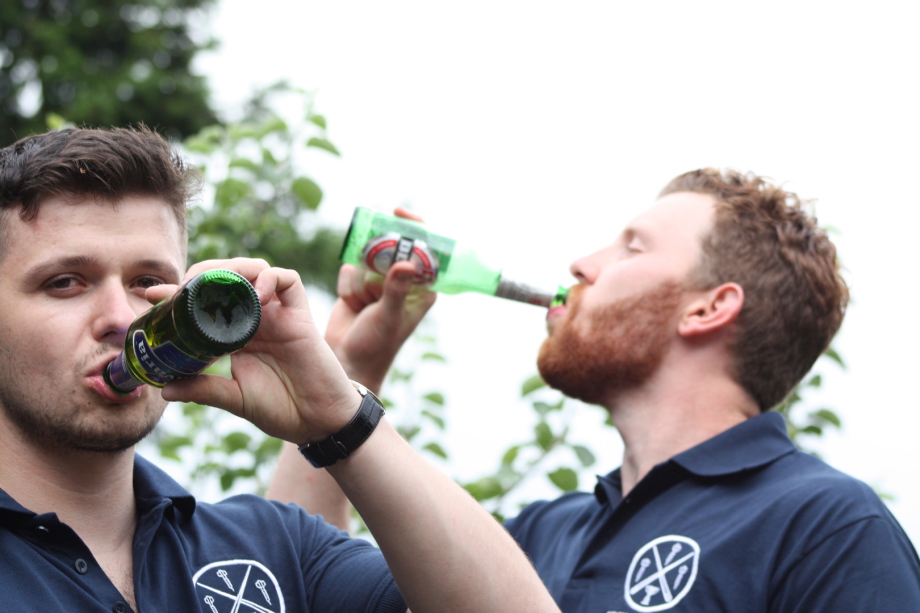 The rules of the day are shaky at best, but once it eventually gets up and running, competitors battle it out in a knockout style tournament, playing alternating pool and darts games. Essentially the same as Wimbledon, but with a lot more injuries and shouting.

Competition day takes place in a shed where it’s always 4.50pm. The origins of this building are heavily disputed, many believing it to pre-date Stonehenge. Carbon dating of the wood, as well as local accounts of the build, do not back up these claims.

Admittance is on a strict invitational only basis, with a six year waiting list, however spectators are permitted.

Hanging another competitor is banned.

Information about our sponsorship options can be found here